Bob Chance has spent most of his life making or being around music. Recording since he was 14 years old and producing at just 16, it was his move, following 5 years serving in the Marines, from New Jersey to Los Angeles in the late 50′s that he developed the sound found on Emotional Rescue’s debut release.

The 60′s were spent leading psych rock band Jabal’s Children, which although failed to land a recording deal, did lead to the early versions of The Bomb and It’s Broken being laid down.

After going solo, Bob recorded the now infamous demo titled Wild It’s Broken in 1973 with a view to securing a deal with one of majors.  However, when this proved unsuccessful, he rerecorded the song, taking the raw, pounding sound, speeding it up a notch and adding synth. Finally coming out on Torchlite records in 1980, the now retitled It’s Broken appeared on the B side to another song from his Jabal’s Children period, the anti-war song The Bomb.

Following this Bob finally got his debut album – It’s Broken – out in 1980, this time with local Huntington Beach label Morrhythm Records.    Including a 9+ minute discoid opus version of It’s Broken, plus other gems Van Man and Jungle Talk, the album became a cult record for DJs and collector’s, which led many – including us – to Bob’s own door where he has a ready supply of unplayed, sealed copies, but which will, just a few months after our own 7″, be reissued on Trunk Records.

Finally then, nearly 40 years after recording these classic cuts, Bob’s music is at last freely available and appreciated. 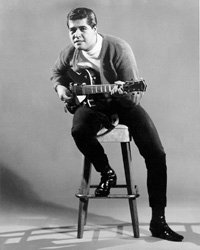