Klaus Hoffmann-Hoock story is one similar to many German post-war musicians.   Trained as a guitarist and a drummer, in 1969 he founded his first band, before moving through a number of different groups and music styles – from Prog Rock to Krautrock – to increasing success.    After leaving Alma Ata in 1978 it was time to explore his own, increasingly synthesised sound with the creation of his own band – Cosmic Hoffmann.

At the time the band only released one 7″ single, 1981′s “Weltraumboogie” before he moved on to work on many collaborations, as well as founding his own Mind Over Matter project.   Throughout all of this Klauss had been recording his explorations of a deeper, cosmic and ambient sound that pulsed with Krautrocks underlying rhythms.   With over 20 years of such music Klaus restarted Cosmic Hoffmann in 1998 to make the recordings available and is now up to it’s seventh album and showing no sign of slowing down.

Today considered one of the founding fathers of this spaced-out cosmic sound, Klaus still records and plays live today, working alongside the likes of legendary drummer Harald Grosskopf. 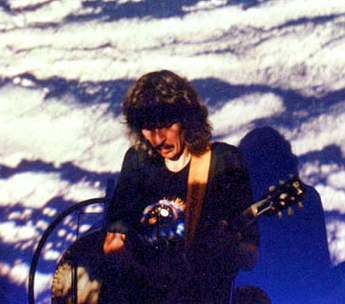