Emotional Rescue is proud that for our third release (although it’s actually ERC004) we have got to our first album.   Recorded following a whole-hearted move to a commune in France in the early 1980s the resulting album is one full of hope, wonder and a touch of naivety that gives the lyrics an uplifting and compelling story of belief and following one’s dreams.

Having both worked in the  post-hippy major-label corporate structures that emerged through the 1970s and onwards into the monetary-orientated 1980s, Jaki & John broke free and together with their friends and family not only wrote, recorded and produced the album but also self-financed the release as well.

Alongside Jaki’s Raw But Tender LP a decade earlier, both albums have long been on collector’s lists and with the reissue of International Times, both are now available again on vinyl.    When first contacting the couple it was clear that they wanted things to progress as before, naturally and with friends and family on board.

With their son Joby –  a now Grammy winning producer based in Canada and who also was the drummer on the album – we were able to retrieve and bake the tapes ready for remastering.    Pressed on 180 gram heavy virgin vinyl and including notes from John himself, the album has been very much a labour of love for all of us and we hope it finds some good homes. 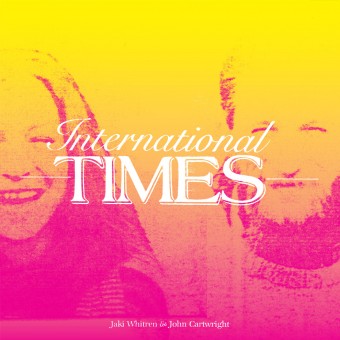