Emotional Rescue returns with it’s final release of 2012 in the shape of all-time Afro-Cosmic classic, Kevin Harrison’s Fly EP.    Released in the 1981, this slice of British New Wave appeared on the indie-label Glass Records and was the only 12″ release from the Coventry musician.     Featuring Horace Panter of The Specials on Bass and Rick Medlock of The Urge on Drums and mixed at the legendary Woodbine Studios this was very much a local scene production.

However, it was several hundred miles away that it’s impact was truly felt.   The inner-B side Ink Man was picked up initially by Danielle Baldelli in his obsessive search for those secret records that made his Cosmic Club the place for clubbers to travel to in early 80s Italy.   Soon after the EP was literally being picked over as both the main cut Fly and the outer-B side, Views Of The Rhine, became standards at Beppe Loda’s Typhoon club.

Reissued at last over 30 years later, fully remastered and with updated artwork to match, the Fly EP is again being discovered for it’s forward envisaged sounds as for his dancefloor rhythms. 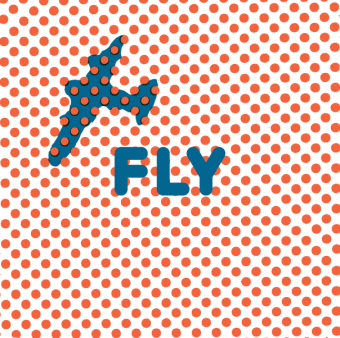