Emotional Rescue is proud to present the first release for the label as Bob Chance’s Wild It’s Broken and It’s Broken on a double-header 7″. The discovery of Bob’s album, It’s Broken, has been one of the most sought after records of the last few years with it’s killer mix of late 70s rock and disco, coupled with out-there lyrics and left field vibes. The find by DJ and collector Alex Storrer aka Lexx, of a 7″ raw psyche funk version of the album’s title cut, called Wild It’s Broken, only available previously on an unknown Test Pressing 7″, led us to Bob’s door.

Presented here on full release for the first time, fully licensed and remastered, is Wild It’s Broken in all it’s early 70′s glory. This is backed by another version, a synth retake of the track that appeared as the b side on The Bomb 7″ single from early 1980.

With new artwork and pressed in limited quantities, we feel this is the perfect way to launch Emotional Rescue. With the reissue of the full album due from the esteemed Trunk Records, Bob’s music is finally getting the attention it deserves. 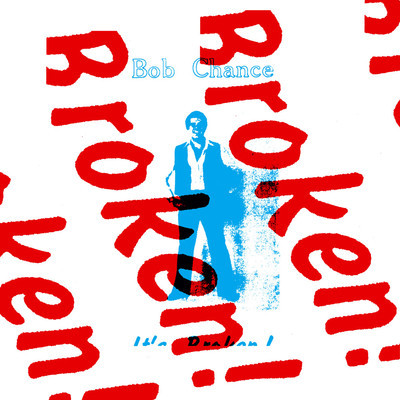