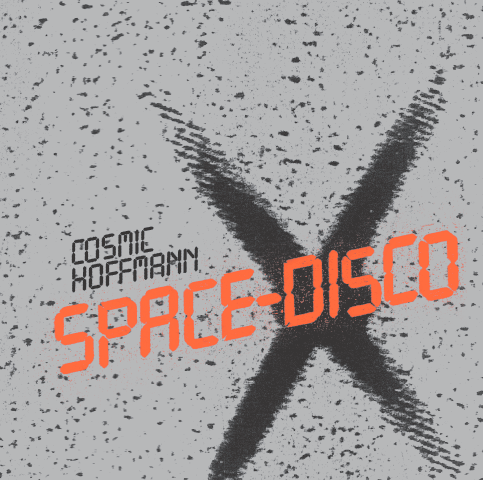 “It all started in 1974 with the purchase of my first Mini Moog and another 70’s dream machine, a white Mellotron M 400.”

So starts Klaus Hoffmann of his 40 years love affair with the Mellotron. Moving from Prog-Rock guitarist to Cosmic Disco warrior in a space of a few years, the birth of Cosmic Hoffmann would lead to a number of classic Kosmiche albums through-out the 1980s.

Before this though came Space-Disco.  Initially recorded in 1978 after endless late night sessions exploring the new realms of this free form electronic music, the first incarnation was recorded live to tape for a failed film project.   An uplifting spaced-out synth journey, it was the later reworked version that would go on to become the lost cult classic.

With added disco syncopation, the confusingly fast tempo is mitigated by half speed keys that pull the track back.   Later arpeggios and a high as you can go Mellotron solo then propel it beyond the stratosphere and on and on.

Appearing as a b-side only, on Cosmic Hoffmann’s first and last single, “Weltraumboogie”, in 1982, the release did not make much impression at the time, but has become highly sought-after for the more leftfield DJ and music lovers in the years since.