Having been a feature on the 1970′s Coventry music landscape through his membership of numerous bands, most notably with the excellent The Urge, as well as producing a number of solo (cassette) releases, by the turn of the decade Kevin Harrison had already marked himself out as a music maverick.

His subsequent and now sought after Inscrutably Obvious LP on Cherry Red, saw Kevin start to move on from the punk influenced sounds that florished post-The Urge to embrace, like much of the British musical landscape at the time, the futuristic opportunities and visions that the synthesisers offered.

With the Fly EP coming just a year after this debut LP, the progress was clear, with a further move to pure electronic spheres while retaining his love of rhythm and blues within the structures and lineage.

As the decade progressed Kevin continued writing and producing music, including a notable release on the French cult cassette only label Illusion Production.   However while, the success of the Fly EP was never quite replicated, his later cassette only Neo project, alongside Peter Every (also forthcoming on Emotional Rescue as ERC006), would become a sought after work as much to do with it’s limited availability as it’s sparse experimental vision.

As his released output decreased, unbeknown to Kevin, his Fly EP had be picked up by one Danielle Baldelli, the then resident at the infamous Cosmic Club.   Always seeking records that fitted his mid-paced groove and quirky instrumental and vocals, Ink Man became one of the true Cosmic classics.   Sought after across Italy, both the Fly and Views Of The Rhine were soon being played in the seminal venues including the Typhoon club and with it, the EP’s place in Italian underground clubbing lore was sealed. 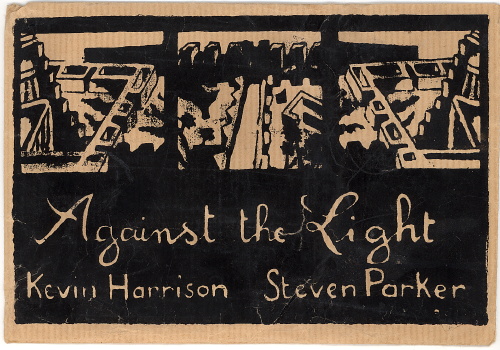 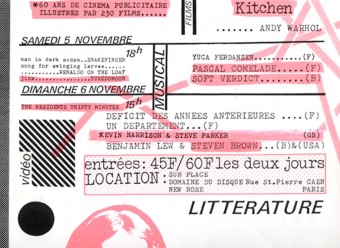