Emotional Rescue returns with our second release by putting together two of Suns Of Arqa’s greatest tracks on one nice and loud remastered 12″.

Featuring a previously unreleased version of Burjo Magic, the Suns Of Arqa’s wonky reggae-not-disco features the legendary Prince Far-I on vocals, as well as the secret Balearic cut Ananta Snake Dance with one Adrian Sherwood on mixing desk duties.   This EP is going to be for heads, collectors and DJs all in one go.

As heads up for the future, this is the first release in a series of Suns Of Arqa with Wadada’s oft misunderstood band.   Far more than yet another World beat group, their foundations have as much laid in dub and experimentation as shown in the esteemed list of who have worked with the band.   Look out for the first ever vinyl pressing of the Muslimgauze remixes further down the line…

As always, remastered, edited and pressed for your sonic enjoyment. 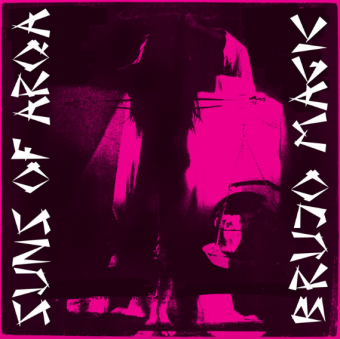