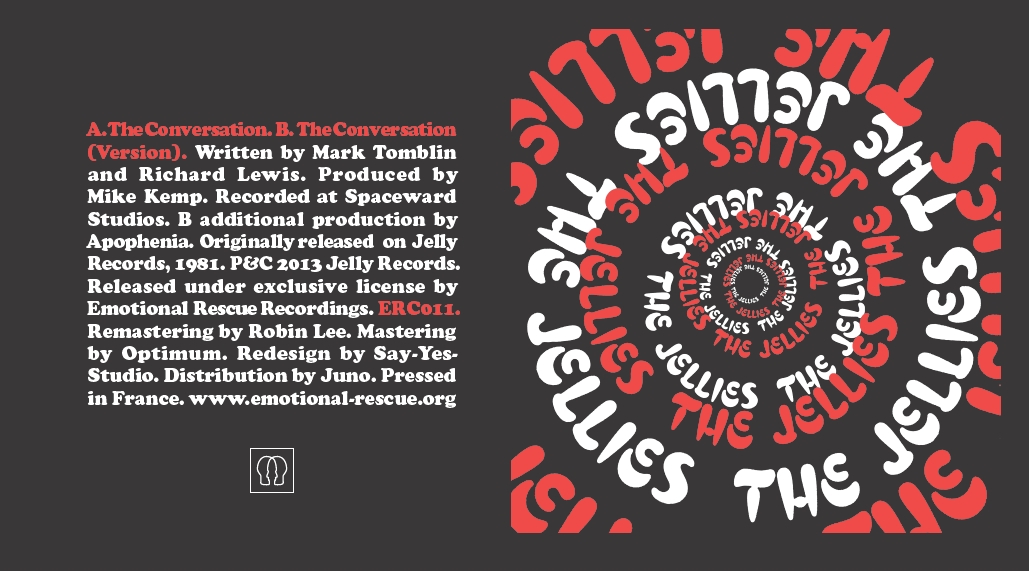 With just one 7” release to their name in the form of the 1981 classic Jive Baby On A Saturday Night, the cult of The Jellies was possibly assured right from the get go.

With the title song being rediscovered by collectors, to it then being championed by Sonic Youth’s Thurston Moore no less, during an infamous DJ set where he proceeded to play the song back-to-back again and again.

Based around a simple drum and bass rhythm, interspersed with crowd noise, playful female vocal yelps and sprinkled with dub effects thrown in to the mix and you wouldn’t probably think too much would be going for a track that the band put together in the last 2 hours of their studio time after Jive Baby had been completed.

However, what you get is a killer gem of pop-punk-dub oddness that gets your head nodding to it’s infectious, repetitive rhythm and ladden fx.     With just this one (perfect) track available for license it seemed only right to hand it over to the in-house production team, Apophenia, to do their increasingly trademark dubbed out reworking, this time in the form of a true, but respectful “Version” for the flip.

With both members of The Jellies sadly now living overseas, this piece of early 80s British “cod-dub”, can now be fully treasured for posterity while also, proving a nice little smokers delight.

B1. The Conversation (Version)