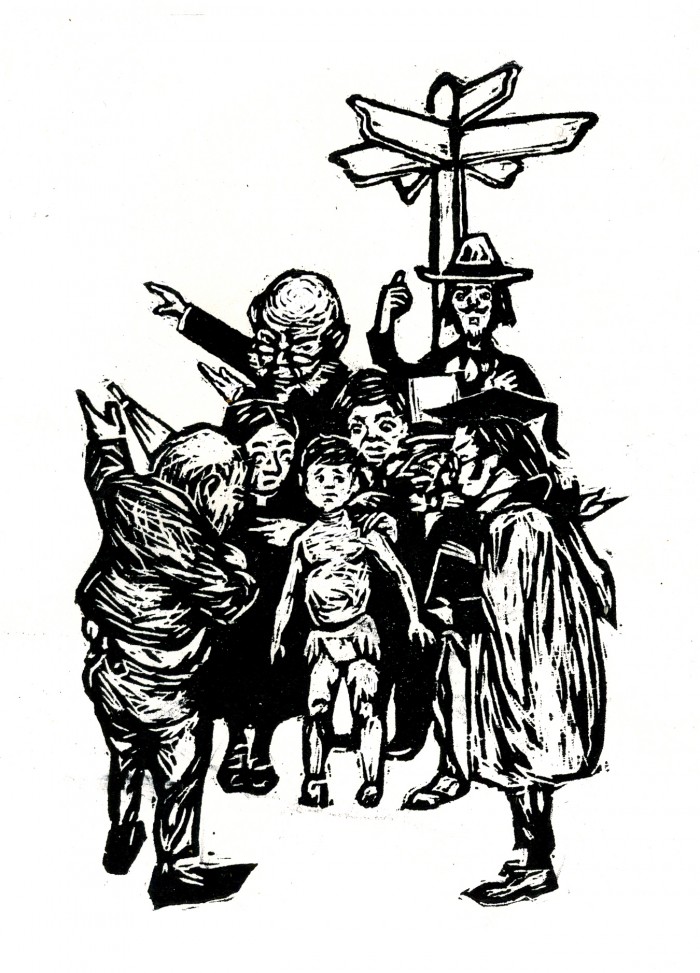 It’s almost too easy to treat the cover of Woo’s debut album as some kind of profoundly symbolic group statement.   Is it that the title “Whichever Way You Are Going, You Are Going Wrong” could be seen as a description of the life and music of Clive and Mark Ives?

To see an innocent, near-naked child surrounded by so-called intellectual superiors clipped from an old copy of Charles Kingsley’s “Water Babies” as emblematic of the state of mind that motivated Woo actually wouldn’t be too far wrong.

Despite being released over 30 years ago, the album is for those who have sought its charms, actually timeless.  While labeled lo-fi, with sounds that could of appeared on recent John Maus or Nite Jewel records, it is really unlike them or in fact anything else, music without real comparison.

There’s nothing formalised or studied about these thirteen pieces, no need to know, no threads of attitude or style or rhythm to pursue: this music simply exists, and exists simply.

The talent lies in making the clarinets, violins, and guitars become electronic, while conversely making the programmed elements sound earthy and homegrown.   Acoustic guitars play over submerged drum machines; propulsive beats descending amidst deep bass lines and guitars so drenched in reverb that they distort and top out.

Owing less to “folk” than to a sense of Englishness.  Delicate, suggestive, sketching atmospherics. “The English Style of Rowing” where the Lee Underwood’s guitar tones and Clive’s layered clarinet send you drifting.   Raindrops and ripples.  Fields in summer.

12 instrumentals designed to convey optimism through mood and atmosphere.   The quiet, melodic feel of acoustics and electronics as one.

Conversely on the song, “The Attic “ – the only vocal on the album (with lyrics by friend Roger McGough) – a story is told of an art-student who’s failed dreams lead to his hopes being locked away.

A fate the Ive’s brothers have fought hard to avoid.

“See this guy here? He’s innocent, right?”  Mark Ives says of the child-figure.   ”He’s self-contained and he’s got no problem but all these people are trying to tell him ‘go here, go there’.

Woo have spent the last 30 odd years doing the exactly the opposite of such advice and thank Shiva for it. 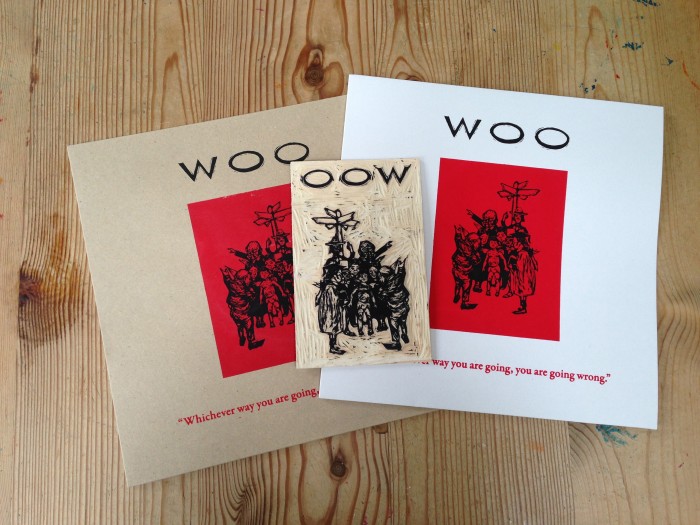