Emotional Rescue is delighted to announce welcoming the enigmatic, electo-acoustic duo Woo to the roster.   Consisting of brothers Mark and Clive Ives, Woo will be releasing no less than three albums with the label, “Whichever Way You Are Going, You Are Going Wrong” being the first.

Hard to catagorise, their personal new age, folk and electronics is the result of Mark’s melodic guitar, clavinet, bass and vocals running through Clive’s array of synthesisers, filters and effects, creating something unique and sadly still, an largely unknown genius.

Described as sounding like the music the Durutti Column would of made with Penguin Café Orchestra if produced by Brian Eno, Woo have recorded over 1,500 tracks, however here for the first time is the remastered reissue of their cult and cryptically titled debut album.

Released on both screen printed vinyl and CD, Whichever Way will be followed by what could be their masterpiece, Into The Heart Of Love. Previously only available on cassette this will be a collectors dream, while an in production third album promises further intrigue, bringing together the Ives brothers and fellow space travellers the Seahawks. 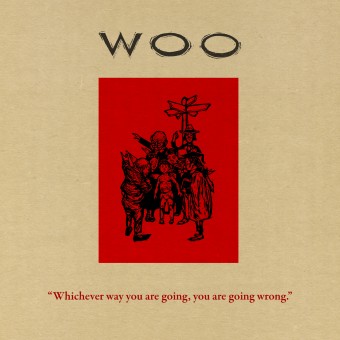