In 1980, Mark Tomblin and Richard Lewis, two Cambridge students, decided to move beyond their band’s repertoire of Talking Heads, B-52s and Chic covers they had been playing at the local Student Unions and go in a studio and record their own music with a view to releasing a single.

Taking on board the do-it-yourself ethic that grew out of the punk explosion several years before they took a number of menial jobs to raise the necessary cash until on Christmas Day, 1980 they were booked in to Spaceward Studios for as much time as they could afford.

With a goal to make music self-described as “minimal disco,” a term which seemed ridiculous at the time, but perfect today, Mark, Richard and Phil the drummer, plus two members of local all-girl group The Wimpettes (who tagged along because one happened to be Phil’s girlfriend) laid down songs they hoped would first and foremost would have an impact beyond the local area scene.

With no previous experience the band threw themselves in to the idea of the studio as an instrument.   Dub effects were created from tape loops winding out in to the hallway and back again, while drums were kept ‘Dunbar’ tight by playing along to a self-made metronome of a pencil tapping on a turntable.

Happy with the results, the 1,000 pressed copies were hand-stamped by Mark and they ventured to the holy-grail of Rough Trade’s Notting Hill shop to see if they could get some distribution.   With just 30 odd copies sold and the process of the recording the 7″ seemingly more important that the finished article, these part-time musicians’ and amateur record label bosses had, it seemed, run their course.

By the time they graduated in 1981, the live playing had fizzled out and when Richard moved to the USA with his new wife, The Jellies were no more.   Now with Mark recently following with a move to North America himself it seems the story of The Jellies two classic songs can finally be laid to rest.   However, what is left is a perfect example of the exciting period in punk’s aftermath, where two young musicians with the self-belief were able to get in a professional studio and make music that has made it’s own history. 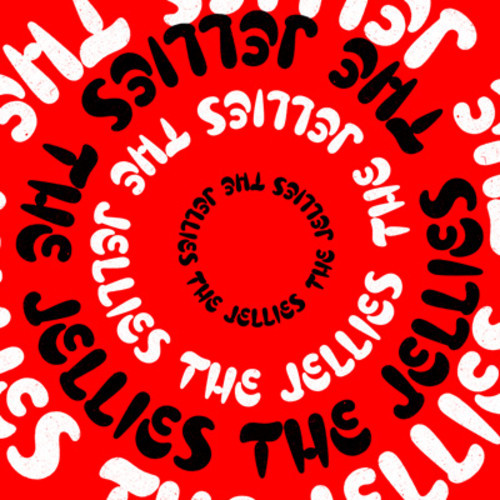