Indie Electronic New Age music for meditation, relaxation, healing, yoga & shiatsu.    So reads Woo’s website and one of the many descriptions of their highly individual sound.

However, don’t laugh or panic.   Woo – named after a line in the film “What’s New Pussycat” – don’t want to sell you any religion.   That’s why they seldom use words.   They just want to confirm in you a peace that may be already there, dormant behind your emotions.

After a childhood learning and playing music together, adulthood and the encroachment of responsibilities couldn’t stop the Ives Brothers music making together for long.

Having moved away, Mark Ives suddenly left his military career and folk-rock group to travel around the sub-continent on a journey of discovery.  Moving back to London he re-engaged with his art-student turned illustrator brother Clive, the duo spending hours and hours honing their sound.

Cocooned from the world outside in their cozy South London base, Mark and Clive attempted forms of meditation music mostly for their own amusement, as commercial success remained allusive.

“For eight years or so I was just playing music and writing stuff because it was just the sort of thing I did,” Mark recalls.   “There was no kind of intellectual reason for playing.  I met people in Sri Lanka, in India who just sat there and you ask them why they play and they say, ‘Because I do’.

“We didn’t feel people would be interested,” confirms Clive. “Nothing on the radio seemed to suggest our music would be accepted.”

Call them old hippies if you like, wandering free of both intellectual and commercial restraints and pressures, but never doubt their compassion or their capacity to communicate.

“Now’s the time to be brightest.  Perhaps, through our music, we do glimmer on something” suggests Clive.

“Just getting the love across,” Mark laments. 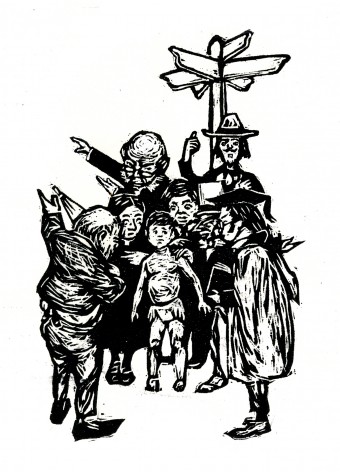