Emotional Rescue takes a look towards the dance floor of the 80s British electronic synth-pop scene for their next release.   The huge interest in young, modern, electronic acts that flooded the pop charts such as The Human League, Depeche Mode and Tubeway Army, was just the breach of a wave of bands pushing a new sound.

Using still rudimentary analog equipment this young band of rebels were carrying the punk ideals in to new musical realms.   The DiY ethos were in evidence with the birth of a myriad of small, independent labels sprouting up to release this new music.   With an ear to the European sounds of the mainly German wave of 70s electronic acts, this British groups aimed less for the head and more for the feet.

One such outfit was Pink And Black.   Coming together out of the embers of post-punk bands, Rob Stroud and Michelle Yee-Chong created just one release in Sometimes I Wish.

With a single studio session Rob’s electronic ideas and Michelle’s irreverent vocal delivery married perfectly to create a two track 12″ that has a steady 4/4 basis for the title track and a far more off kilter and experimental flip cut that was written and recorded with hours to spare.

While not gaining the wider recognition they deserved at the time, today the EP has become another secret play for the more discerning DJ and a rare find for diggers of 80s electronica.    As ever licensed, remastered and reissued with respect, a new longer edit of the proto-stylings of b side Miss Fortune, should make this as collectable as the original 12″. 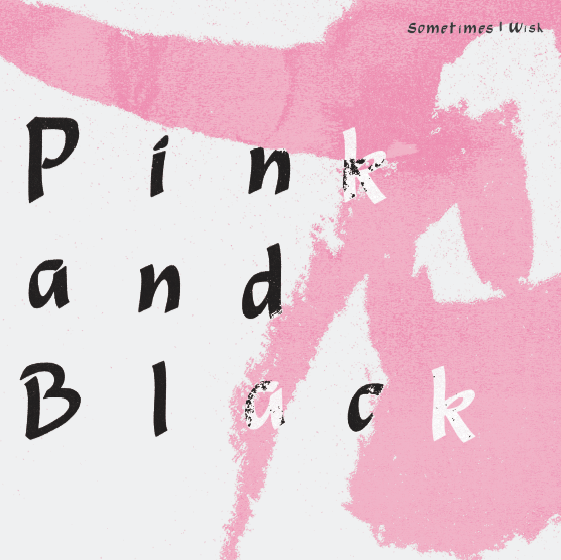