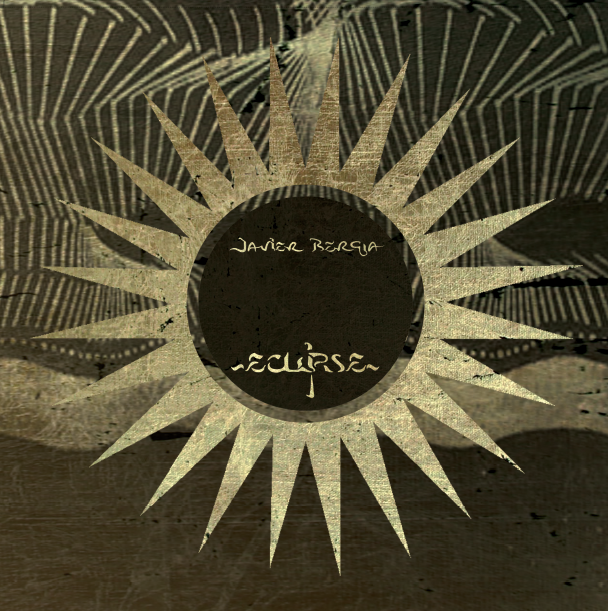 Upon starting the label nearly 3 years ago, the band Finas Africae were very much in the label’s mind as the perfect band to reissue.   With a collection of amazing music that was criminally unknown at that moment, a compilation seemed the perfect remedy.   However, running a label is far more time-consuming than most would imagine and with the early releases in the pipeline, the idea slipped.

The amazing collection of Finas Africae works on the sublime EM Records in 2013 was one of the reissues of the year and rightly got a lot of press and attention.   Therefore, with such a high standard to follow, our minds turned to releasing the individual members of the band’s own original music.  First then is a collection of Javier Bergia. Singer, song writer, guitar player and producer all in one, Javier has had a career stretching over 30 years in Spanish (or Andulasian) folk.

While underpinned by many of the songs on his classic and highly sought after Tagomago album, Eclipse includes other songs from his early career as well as a series of unreleased instrumental pieces that give the album an ebb and flow that his individual solo releases failed to achieve.

Javier’s playing and vocals are so distinct that it would be hard to imagine the music collected here spreads over 25 years of his music career, so close and warm is the production that it is hard to tell which songs are from which era.

The first then in a series of releases celebrating such music, next will see Javier working with fellow Finas Africae member, Luis Delgado, with a first time vinyl reissue of their classic La Flor De Piedra LP under the name Ishihonana.