To accompany the reissue of Woo’s Into The Heart Of Love, Emotional Rescue is releasing a limited 7” featuring songs not included on the vinyl pressing, plus a previously unreleased version of the beautiful title song, which only appeared in later form on their CD only, La Luna album.

The ‘Alternative’ version of Magic In The Dark see the Ives brothers at their most traditional.   A true English folk song of love and life that here sees Clive accompany Mark’s vocals and guitar work with a building kraut percussion.

Accompanying this is another vocal song in Make Me Tea.   Taken from Into The Heart Of Love this is a duet of two late night lovers that is again as close to English folk as Woo get.   Finally is A Little A Long Way, a beautiful Woo interlude of clarinet and melodic synth and guitar interplay.

Coming in lovely screenprinted sleeve, again from Spike of Walden Press who undertook the printing for the Whichever Way You Are Going, You Are Going Wrong release.   A perfect addition to have with the pending Into The Heart Of Love release or as a stand alone folk gem. 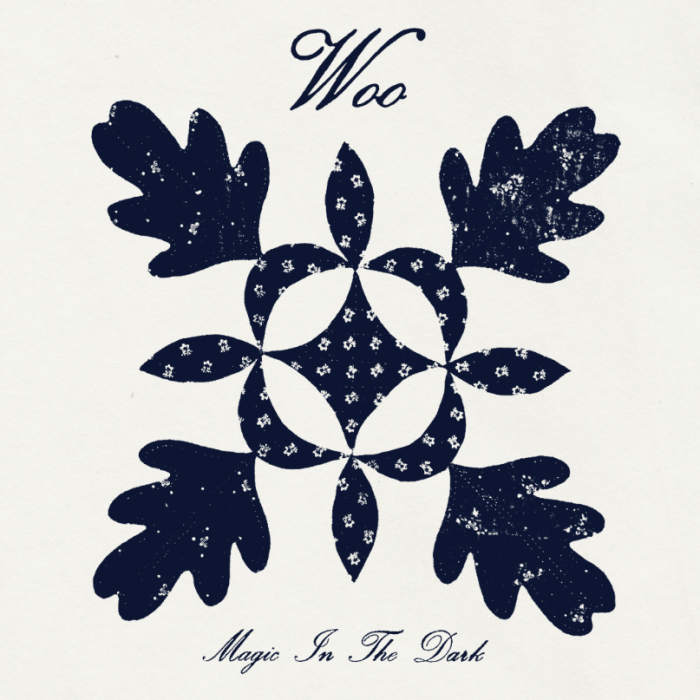