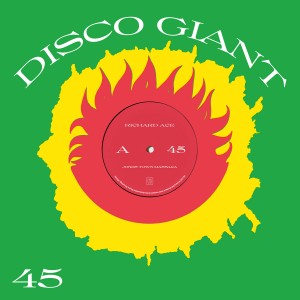 A talented member of the Studio One family, playing keys and guitar in the likes of The Gladiators and Heptones throughout the 70s reggae heyday, it was Richard’s self-titled solo album in 1979 and the mentioned cover of the world-wide phenomena from the Saturday Night Fever movie and soundtrack wonder that gave him a place in reggae’s hall of fame.

However, Richards disco-infused reggae explorations for Tony Robinson’s TR-Groovemaster label did not end there and it is the title track of a seemingly lost 12” that is the perfect final part in the label’s Caribbean treasure trove.

First coming to the ears of the label nearly a decade ago by friend, digger, dealer, DJ, producer (see his edit of ERC022) and collector, Nick The Record, it’s infectious drum and bass groove meant locating a copy became a high priority. After several years with no joy, not only one, but two sealed copies came our way via a dealer from Japan and the desire to create an even longer Discomix was created live on the turntables.

Forward to 2015 and the idea (and artwork source) of the trilogy of Caribbean releases was born out of this very track. Saved until last and backed by a label in-house dub edit and what you have is a party massaca for summer BBQs to stacked Sound Systems alike.