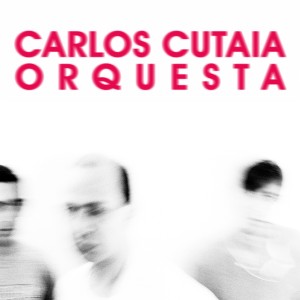 Classically trained, Carlos Cutaia started as a composer for dance and theatre, before spending much of the 1970s as a member of a number of heavy rock, prog rock and rock-fusion bands of some note, before finally going solo with the City Of Distant Tones album in 1983.

However, by the time of his 2nd solo album in 1985, as his country finally left behind a long period of military control and enjoyed greater freedoms, Carlos was fully immersed in the new electronic pop sounds imported with hungry ears from Europe.

Teaming up with fellow composer, keyboardist and producer, Daniel Melero and Alejandro Oucinde, the futurism of Kraftwerk and Gary Numan’s Tubeway Army was embraced, but also adapted to fit their native land, just as it was to understand a new modernity.

Starting with the swagger of Visiones Incomunicadas, the template is set. Sharp drum machines, semi-nonchalant, half spoken vocals set the scene, while chopped guitar and smart synth lines fit the over riding feeling of an intelligent nonchalance.

Things however, do go beyond the straightjacket of Euro-pop as heard on the anthemic Programación and avant twist of the first of two piano-ambient pieces Aproximación Dos – and it’s companion piece “Uno” found on the b side. Eric Satie and minimalism are clearly not far away.

However, it is side B opener Sensación Melancólica that captures the sound to perfection.  A Balearic masterpiece, capturing in it’s title the over-riding atmosphere of an unexplained sadness, a loss. Operativo and the poem Humanos De America bring things to an end – of a “feeling melancólica.”

A1. Visiones Incomunicadas
A2. Juegos Confusos
A3. Uranio Enriquecido
A4. Programación
A5. Aproximación Dos
A6. Murmullo Atonal
B1. Sensación Melancólica
B2. Ella Baila
B3. Operativo
B4. Humanos De America
B5. Aproximación Uno